“Working with Josh means I feel hugely more secure about my financial future.

“Josh keeps everything simple; he doesn't use financial jargon.

“Josh has made me feel much more positive about my future

By The Orchard Practice

During last year’s Budget announcement, the Chancellor introduced the prospect of pension changes. These changes were confirmed in the Taxation of Pensions Act 2014 and have now taken effect. 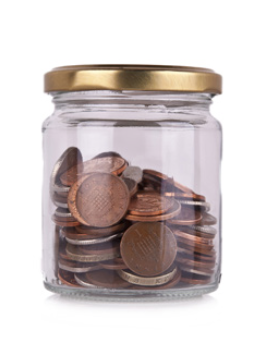 The freedom granted by these changes is good news for all pension savers but could lead to many people making bad decisions and paying unnecessary tax. That’s why it’s important to understand what the changes mean to you and why professional financial advice can help you make the right decisions with your pension.

1. Greater freedom over how you take tax free cash

Most people can now take up to 25% tax-free cash from their pension, either by:

People over the age of 55 will have greater power over how they invest their retirement savings and more choice in terms of the options available. You can now:

Choosing to take your pension in stages, rather than in one go, could help you manage your tax liability.

4. Restrictions on how much you can contribute to pensions

Pension contributions are subject to a £40,000 annual allowance and specific contribution rules. This remains true under the new rules.

However, if after 6 April 2015 you make any withdrawals from your pension in addition to any tax-free cash, contributions to defined contribution plans will be restricted to £10,000.

Up until April 2015, it was normally only possible to pass a pension on as a tax-free lump sum if you died before age 75 and you had not taken any tax-free cash or income. Otherwise, any lump sum paid from the fund was subject to a 55% tax charge.

From April 2015 this tax charge was abolished and the tax treatment of any pension you pass on will depend on your age when you die:

Income drawdown carries significant investment risk as your future income remains totally dependent on your pension fund performance. HM Revenue & Customs practice and the law relating to taxation are complex and subject to individual circumstances & charges which cannot be foreseen.

You can find out more about which cookies we are using or switch them off in settings.

This website uses cookies so that we can provide you with the best user experience possible. Cookie information is stored in your browser and performs functions such as recognising you when you return to our website and helping our team to understand which sections of the website you find most interesting and useful.

Strictly Necessary Cookie should be enabled at all times so that we can save your preferences for cookie settings.

If you disable this cookie, we will not be able to save your preferences. This means that every time you visit this website you will need to enable or disable cookies again.

This website uses Google Analytics to collect anonymous information such as the number of visitors to the site, and the most popular pages.

Please enable Strictly Necessary Cookies first so that we can save your preferences!